Neil is the founder, CEO and Managing Principal of INFOR Financial Group. He is an accomplished entrepreneur, investment banker and lawyer. From 2006 until 2015, Mr. Selfe was a Managing Director and head of non-resource investment banking at GMP Securities L.P. Prior to that, he was co-founder and Managing Partner of Diversified Global Asset Management Corp., a multi-billion dollar hedge fund manager which is now The Carlyle Group’s hedge fund of funds platform. From 1995 to 2004, he was the Managing Director and Global Co-Head of Technology, Media and Telecom banking at RBC Capital Markets.

He also served on the advisory board of RBC Capital Partners, RBC’s merchant bank. Mr. Selfe started his career in accounting and law with Deloitte and Osler, Hoskin and Harcourt, respectively. During his career, Mr. Selfe has been the lead banker on over 400 financings, merger or acquisition transactions totaling over $150 billion in value including leading Canada’s largest technology IPO (Celestica Inc.), largest corporate restructuring (the spin-out of Nortel Networks from BCE), largest secondary share sale (sale of a majority of Scotiabank’s interest in CI Financial Corp.), largest blind pool (Element Financial Corp.) and Canada’s first non-investment grade rate reset preferred share financing (Equitable Group Inc.). Mr. Selfe is deeply involved in the community and, as the father of four children, devotes much of his time to coaching various sports teams. He was formerly a board member of the CAMH Foundation and the Empire Club of Canada. Currently, he serves on the board of several entrepreneurial companies and investment funds. Mr. Selfe joined the board of directors of Holland Bloorview Kids Rehabilitation Foundation in 2012, Canada’s largest children’s rehabilitation hospital and is currently the Chair of the Marketing and Engagement Committee. Mr. Selfe is a member of the Law Society of Upper Canada and holds an LL.B from Osgoode Hall Law School and a Bachelor of Arts (cum laude) from the University of Toronto majoring in commerce. 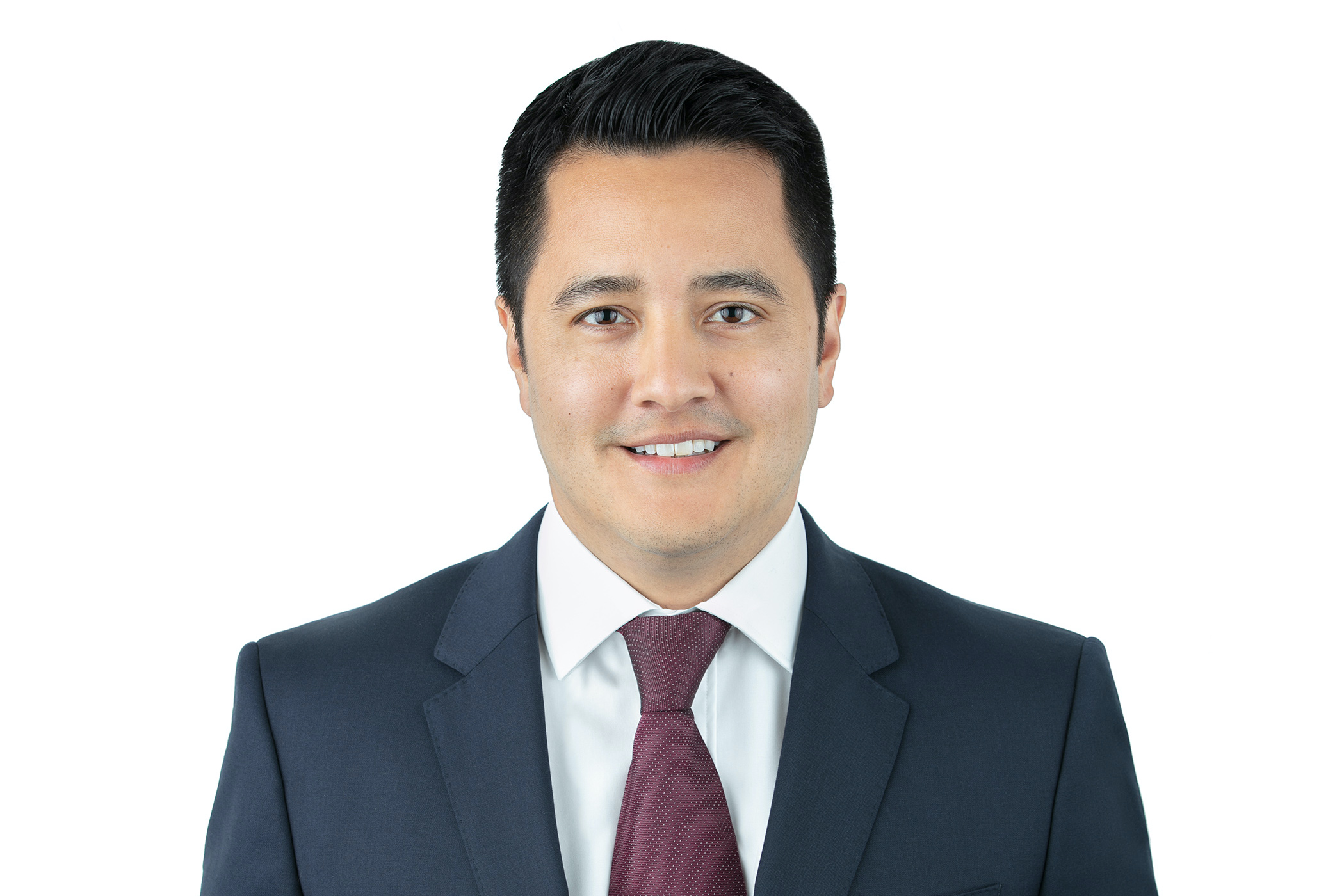 Brian Nguyen is a Principal and Chief Financial Officer of INFOR Financial bringing approximately 17 years of finance experience in the financial services industry. Brian previously served as Corporate Controller and Head of Reporting with Duo Bank of Canada. Prior to that, he held senior financial roles at publicly traded companies including ECN Capital and an independent investment bank. Brian began his career at a premier Canadian accounting firm where he worked for over 10 years.

Mr. Nguyen holds a CPA designation and graduated from Dalhousie University with a Bachelor of Commerce. 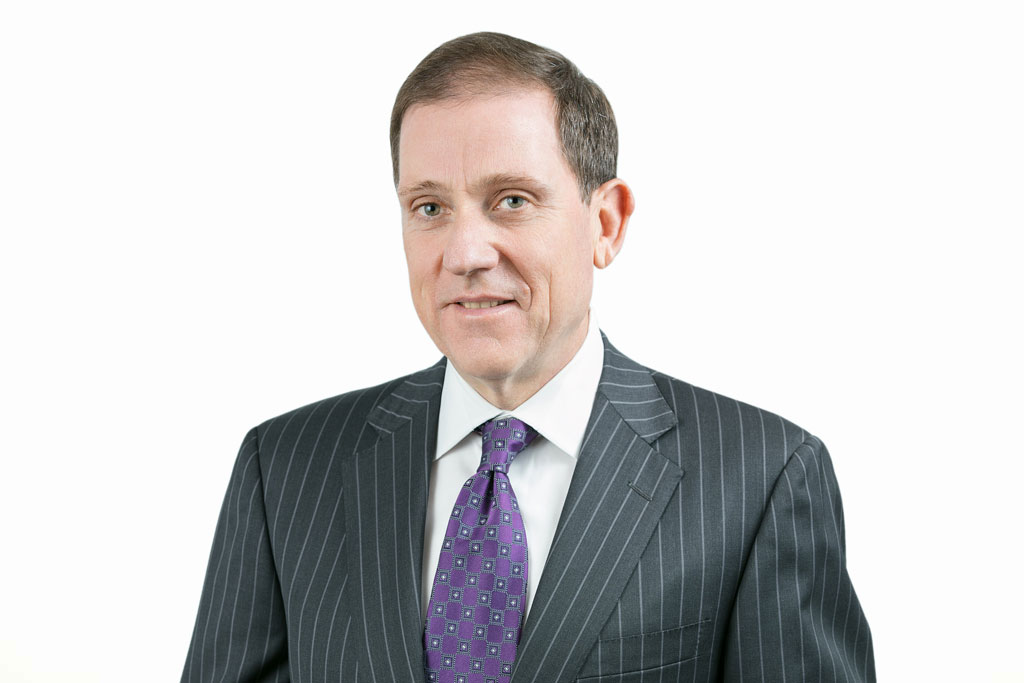 Through his career, Mr. Mayer has advised on numerous M&A transactions while at Gordon Capital, Yorkton Securities, Canaccord Genuity and now at INFOR Financial. Jens holds an H.B.Sc. from Brock University and an MBA from Queen’s University. 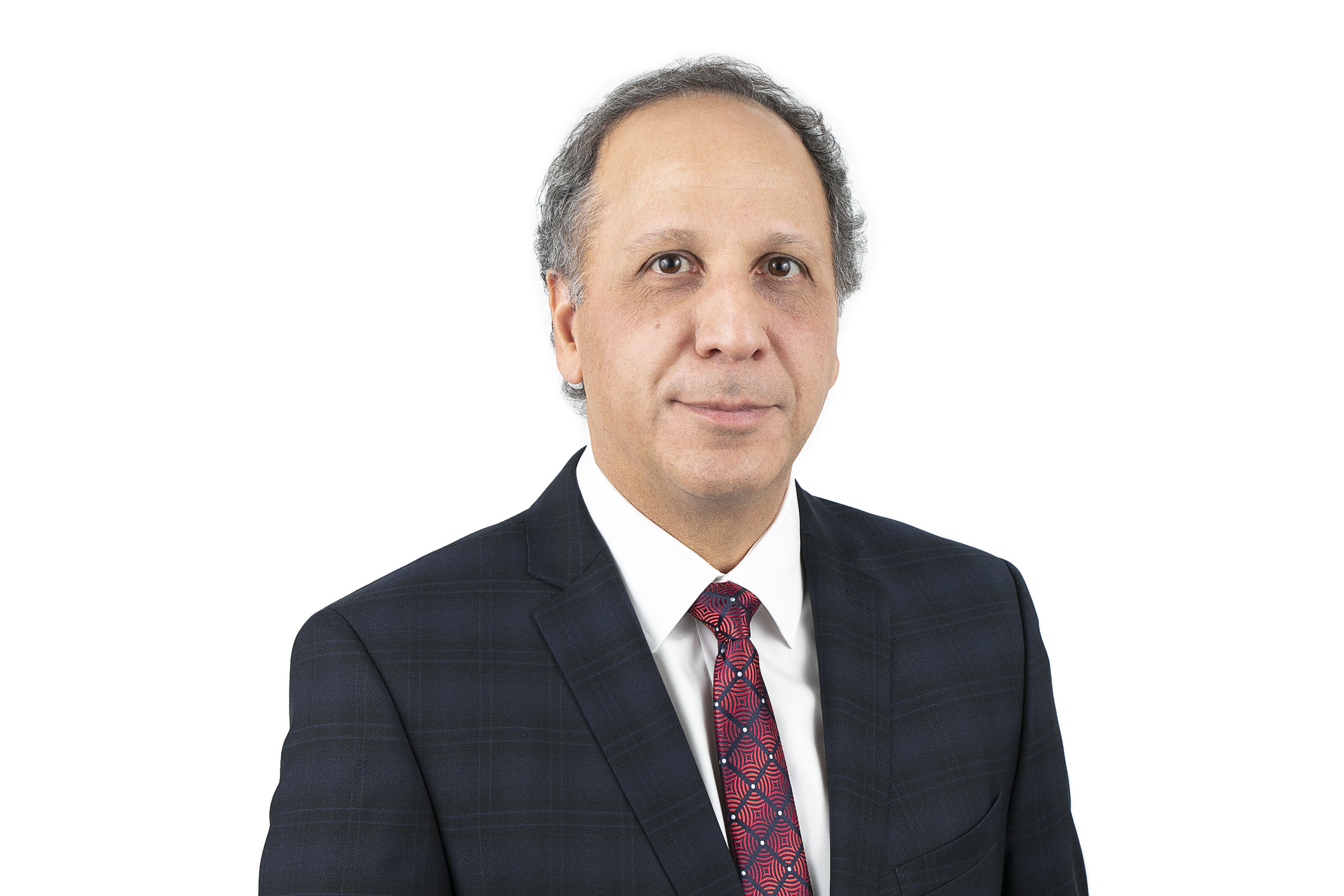 Paul Liebovitz is a Principal and Head of Debt Advisory and Restructuring at INFOR Financial. Paul has 30 years of experience as an investment banker and private equity investor. Previously, Paul was a Managing Director at TD Capital, a division of TD Bank, where he was a member of the Mezzanine Fund Investment Committee overseeing in excess of $1 billion in investments. Paul brings valuable experience in special situation lending and restructuring, including acting as a principal in structuring and investing in all levels of the capital structure. He provides the in-house capability to combine restructuring analysis with broad industry expertise to assist clients in raising new debt, equity, or executing M&A transactions.

Mr. Liebovitz holds an Honours B.A. from the University of Toronto and an MBA from McMaster University. 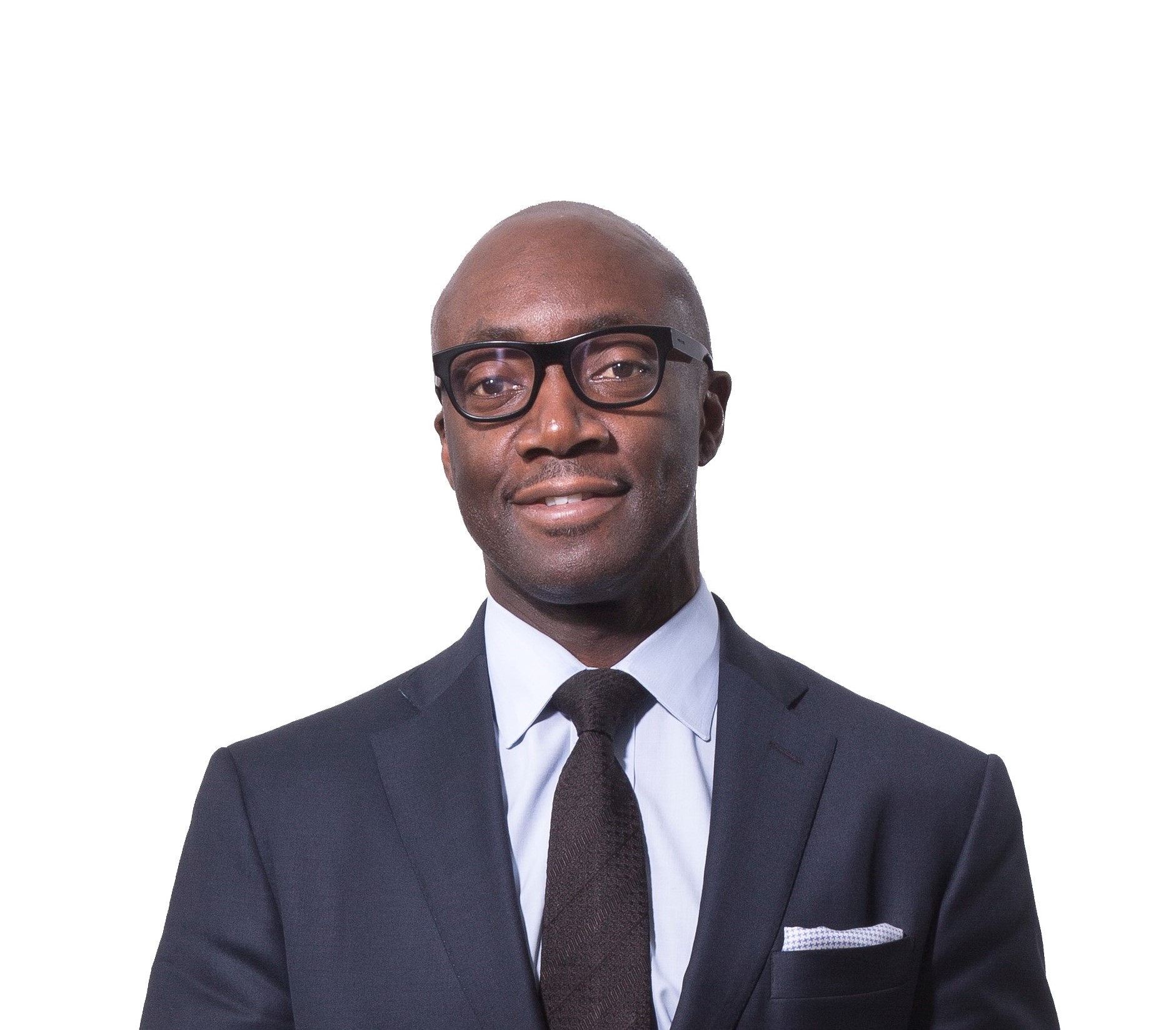 Kenrick Sylvestre is a Principal and Head of Distribution at INFOR Financial. Kenrick has over 20 years of capital markets experience across a range of disciplines, including equity research, portfolio management, derivatives trading, and institutional equity sales. Mr. Sylvestre previously spent 12 years on the institutional equity sales desk at GMP Securities L.P., most recently as Managing Director. Prior to an 18-year career in institutional sales, Kenrick was a portfolio manager and derivatives trader at a number of global financial institutions and leading asset management firms. In 2019, Kenrick was the recipient of the Brendan Wood International TopGun Award for Canadian Sales professionals.

Mr. Sylvestre holds an Honours B.Sc. from the University of Toronto in Molecular Biology and Biochemistry, an MBA from the Schulich School of Business, and he is also a CFA Charterholder. He started his career as an equity research analyst focused on the Biotechnology & Healthcare sector. 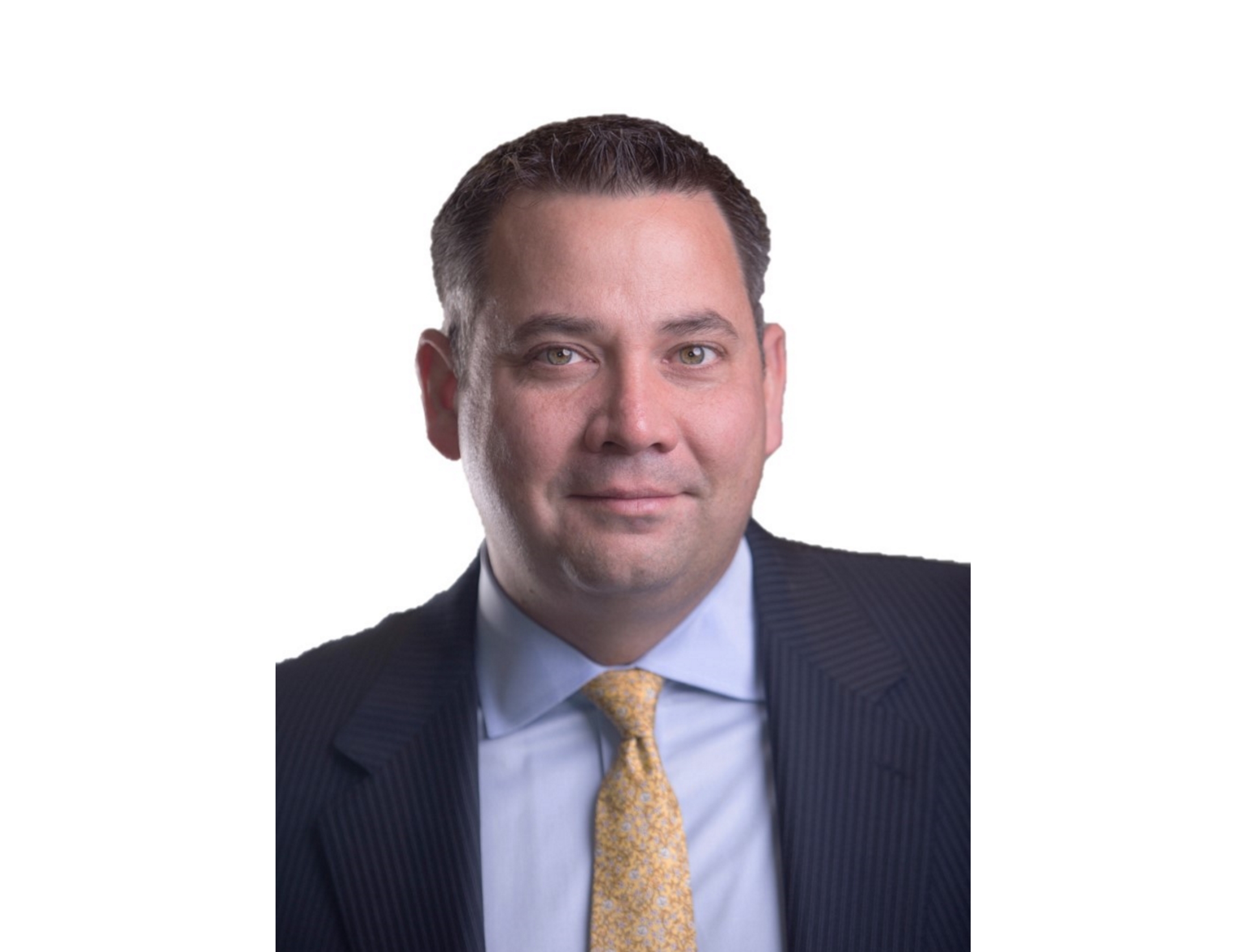 Ross Prokopy is a Principal and Head of Western Canada Investment Banking at INFOR Financial. Ross has 14 years of capital markets experience in energy, investment banking, and debt capital markets. Most recently, Ross was Managing Director, Energy Investment Banking with an independent investment dealer, where he spent the past four years advising companies in the energy industry. Prior to that, he was Managing Director and Head, Debt Capital Markets at another independent investment bank where he created the firm’s Debt Capital Markets, origination and syndication platform. He has also held senior positions in High Yield and Debt Capital Markets for a domestic bank-owned investment dealer in New York and Toronto.

Mr. Prokopy holds an Honours B.A. from The Royal Military College of Canada and an MBA from Yale University, School of Management.

Ben Goldstein is a Principal with INFOR. From 2006 until 2015, he was an investment banker with GMP Securities L.P. in Toronto where he covered a number of industries, most recently as a Senior Vice President, Investment Banking in Financial Institutions, Technology and Healthcare. 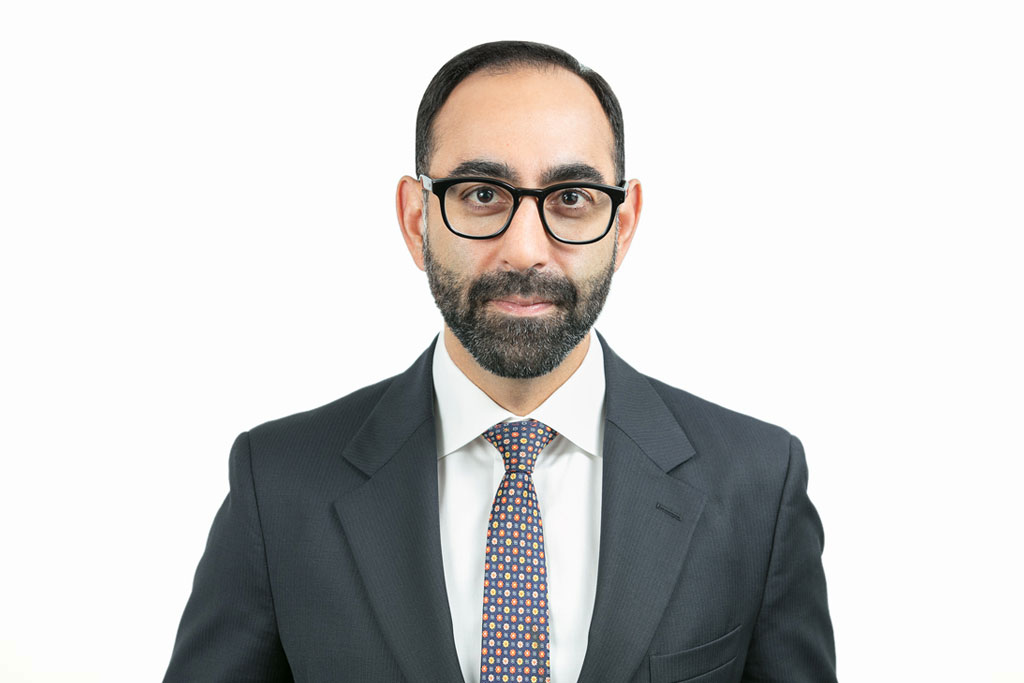 Neville Dastoor is a Principal with INFOR Financial. From 2004-2016, Neville was part of the mining team at Canaccord Genuity in Toronto and Vancouver where he was most recently a Director in the mining investment banking group. While there, Neville successfully advised clients on transactions ranging from M&A and restructurings to IPOs and financings. Prior to joining the investment banking team at Canaccord Genuity, Neville was in mining equity research from 2004-2006 where he covered many of the Canadian listed precious metals producers. From 2008-2013, Neville served on the TSX Venture Exchange Local Advisory Committee. Prior to joining Canaccord Genuity, Neville worked as a structural engineer in Toronto.

Mr. Dastoor holds a B.Sc. (Civil Engineering) from Queen’s University and an MBA from the Richard Ivey School of Business. He also holds a Professional Engineering designation and is a CFA charterholder. 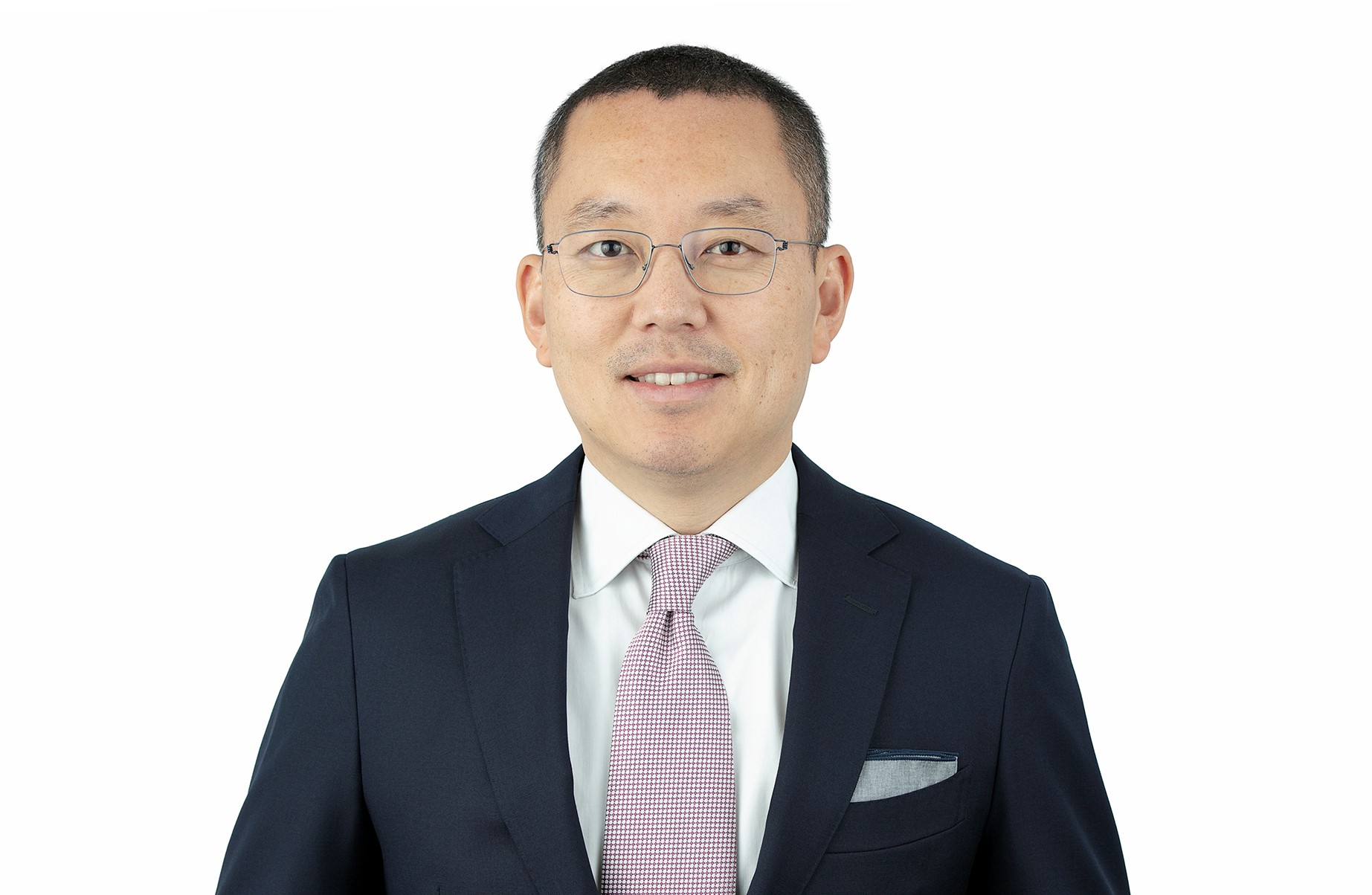 Yong Kwon is a Principal with INFOR Financial with 20 years of experience as an investment banker and private equity investor. Most recently, Yong was a Partner with Novacap, where he spent 5 years investing in TMT companies, and prior to that, he spent 13 years advising TMT companies while at Barclays and RBC Capital Markets in Toronto.

Mr. Kwon holds an MBA from the Rotman School of Management and a B.Com. degree from the University of Toronto. 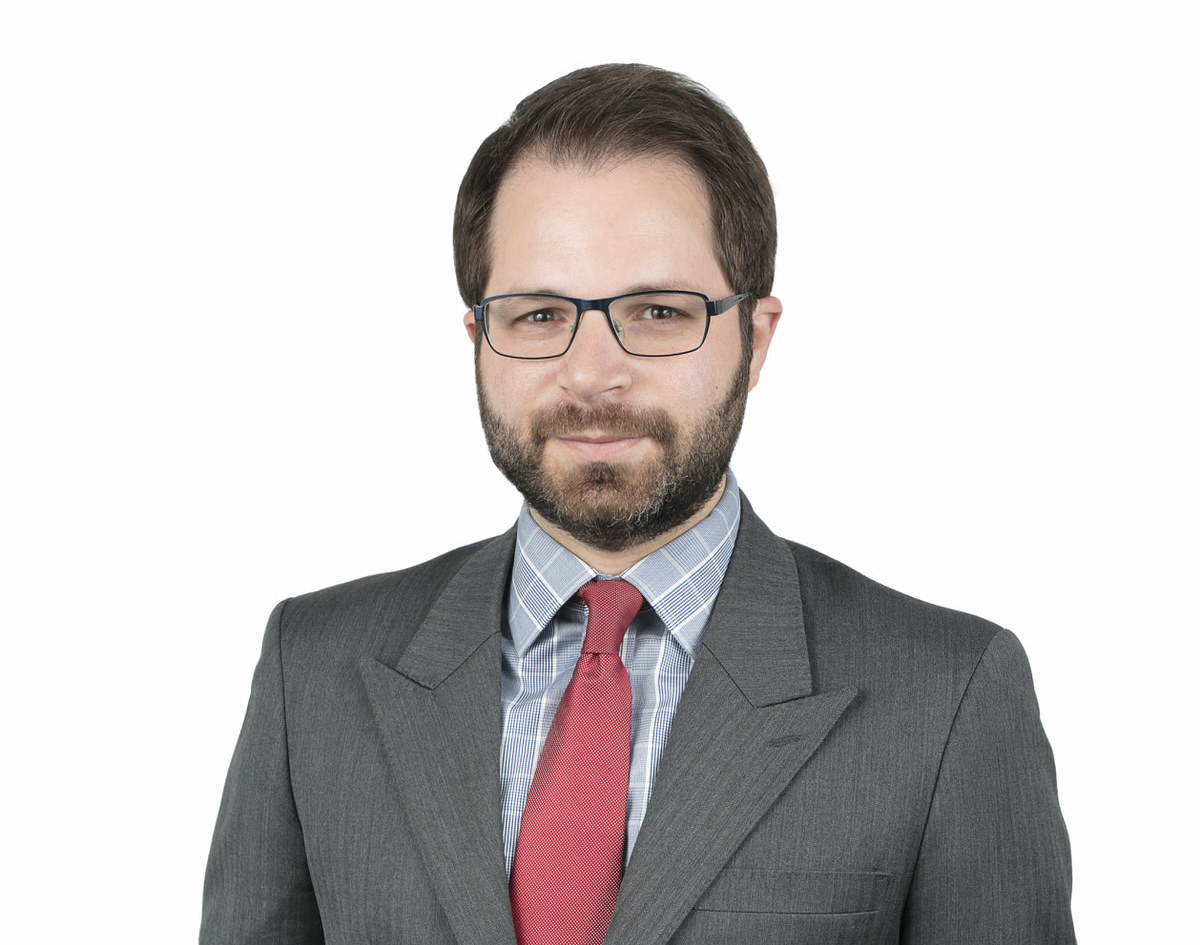 Greg Lewis is a Principal with INFOR Financial. He joined the firm at inception in 2015 and previously spent ten years as an investment banker with GMP Securities L.P. and in the equity research division of a U.S. investment bank.

Greg holds an Honours Business Administration degree (with Distinction) from the Richard Ivey School of Business at the University of Western Ontario and is a CFA Charterholder. 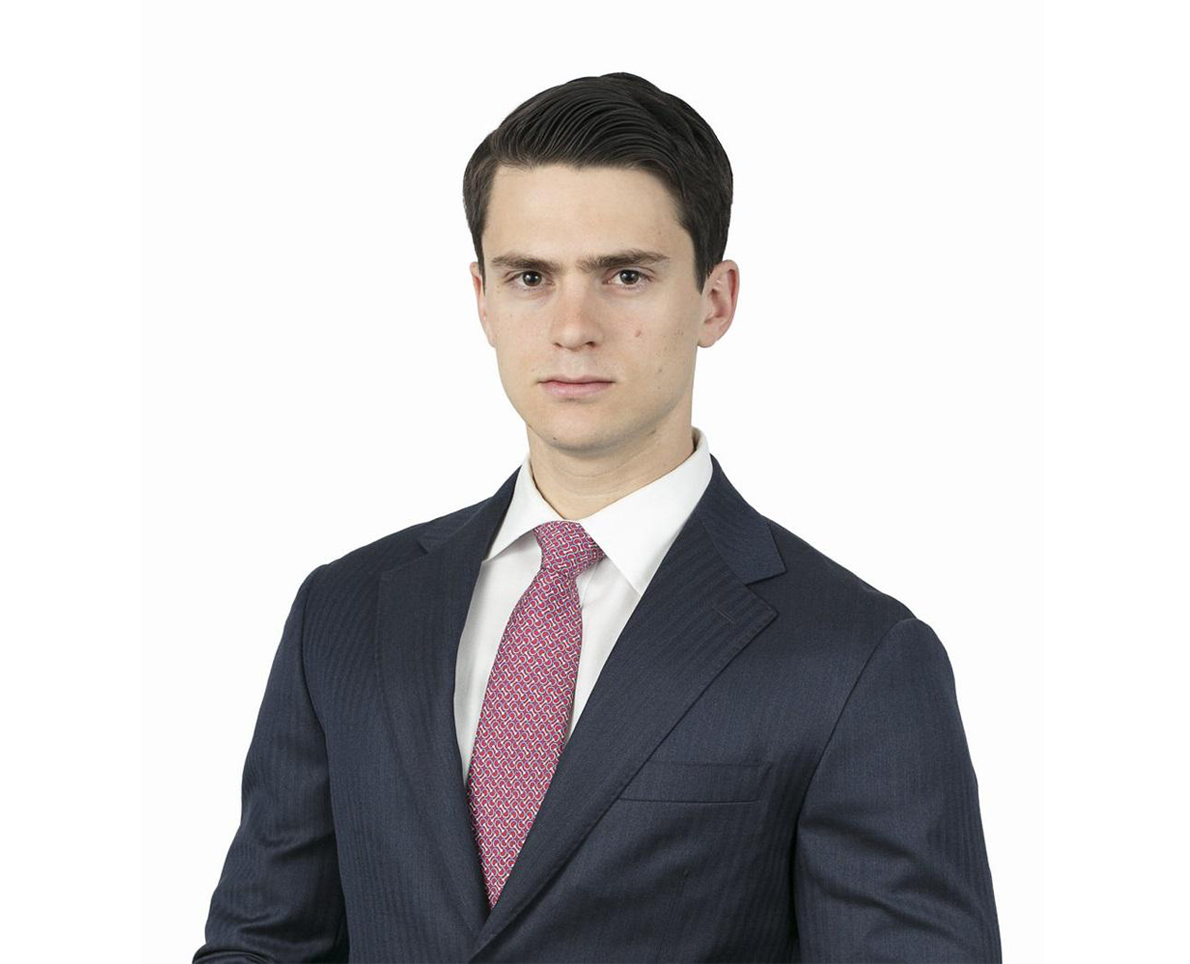 Mike holds an Honours Business Administration degree (with Distinction) from the Richard Ivey School of Business at the University of Western Ontario and is a CFA Charterholder. 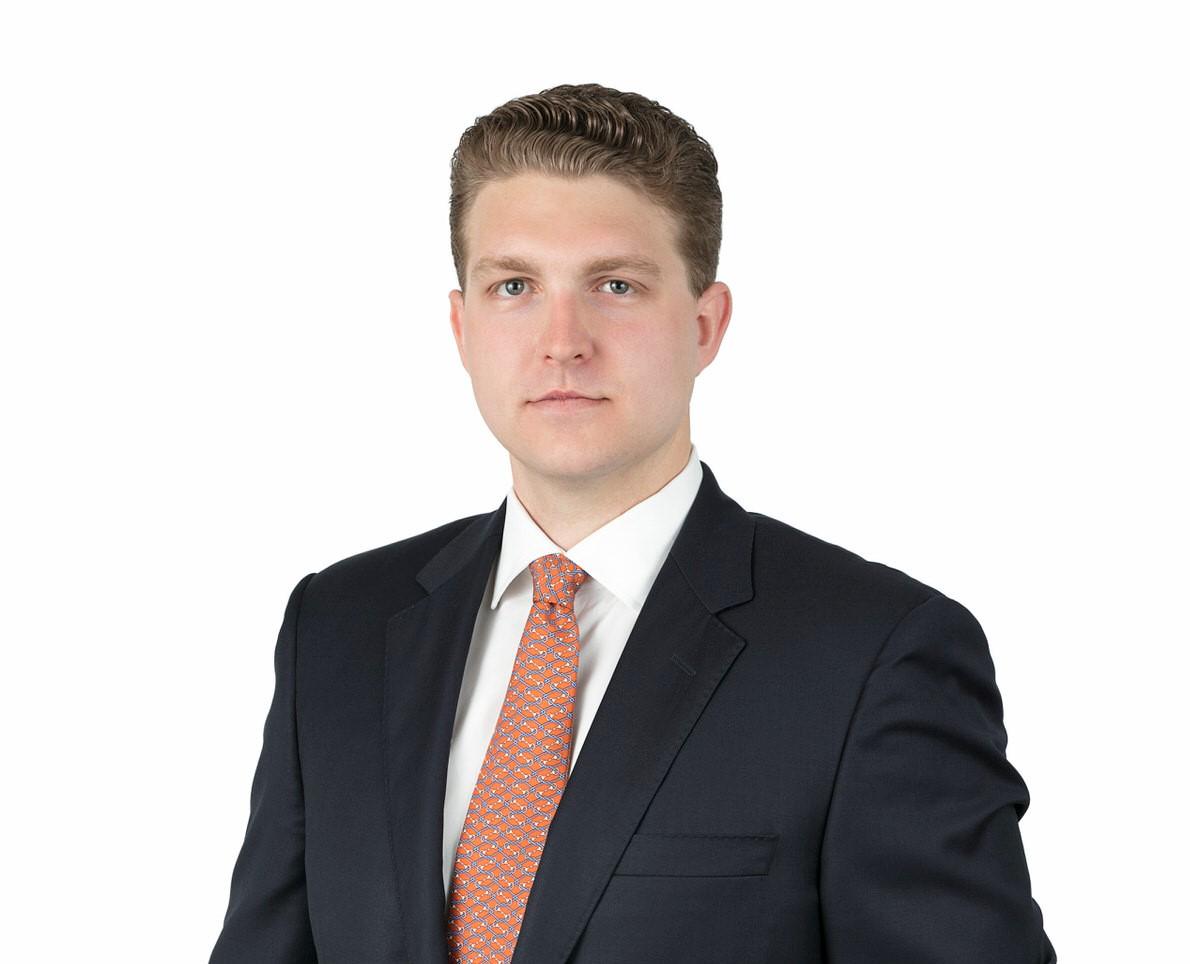 Garrett Moore is a Vice President with INFOR Financial. He previously worked at Deloitte LLP as a Senior Associate in the firm’s Financial Advisory practice where he advised domestic and international clients across a variety of industries on merger and acquisition transactions as well as business valuation matters. Garrett began his career at Deloitte LLP in the Assurance & Advisory practice advising domestic and international clients across the metals and mining, financial services, real estate, and hospitality industries.

Mr. Moore holds a Bachelor of Commerce (Honours) Degree from the Smith School of Business at Queen’s University. He is a Chartered Professional Accountant and is a CFA Charterholder. John Coady is a Technology Advisor with INFOR. John previously served as the Chief Operating Officer of QuickPlay Media prior to its acquisition by Madison Dearborn. He also served as Chief Financial Officer of Algorithmics Inc. (acquired by Fitch Ratings) and Solect Group (acquired by Amdocs).

Mr. Coady has extensive experience as an investor, founder and executive in growth oriented entrepreneurial companies. John serves on the Advisory Board of Walsingham Growth Partners and TierOne OSS. Mr. Coady earned his Bachelor of Commerce (with Distinction) from McGill University and his Chartered Accountant designation with Ernst and Young.